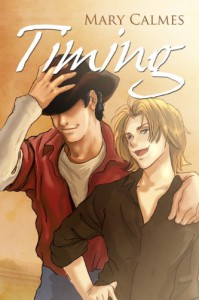 I liked this book; however, Rand and Stef completely reminded me of Sam and Jory. Rand was a little rough with Stef, like Sam was with Jory, and he was bossy with Stef too. Stef and Jory look alike. Everyone loved Stef just like everyone loved Jory, but at least Jory would tell people to back off. Some of the things that happened with Stef and Charlotte or the bridesmaids or even Ben just seemed really weird to me, and I kept wondering why Stef didn't tell them to back off.

Charlotte seemed to be the Dylan of this story but a lot more obnoxious and needy. And the story of the worst night of her life just seemed kind of random. That whole situation with Stef knowing and Ben being mad at Stef cuz Char wouldn't tell him just wasn't at all necessary, and the story itself was worse because if she really did kill someone, whether it was self defense or not, I'm pretty sure the cops wouldn't have just let it go, and how could her parents and/or brother have never found out?!

A lot of things in this book seemed kind of rushed or out of the blue, and I wish we could have had more time to see how Rand and Stef's relationship built up to the supposed hatred and maybe had some more hints that they were only acting that way because they actually liked/loved each other. Rand's confession and he and Stef getting together just seemed sudden. I did have an inkling that they were feigning hatred because they were interested in each other, but I still never really felt any chemistry between them prior to Rand's confession. And the whole Knox/Mrs. Freeman situation seemed sort of thrown in for what I'm not really sure?! But again, Jory is always in trouble, getting shot at, etc. It just didn't work for me in this story, and this book just wasn't as good for me as the A Matter of Time series.
Tweet