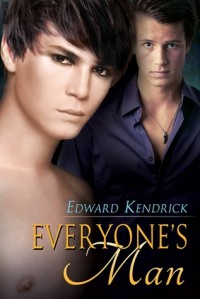 I think this book had a lot of potential, and I would like to give it 2.5 stars because I kind of liked it, but not enough to give it the full three stars.

I felt like all of the pieces/characters were thrown together and everything got quickly and perfectly resolved. It was weird to me how Marc and Bill were fighting all of the time at the beginning, but Marc thought it was ok to bring Colin into their home. And Bill just suddenly realizing he was being an ass and apologizing and everything was pretty much hunky dory between them after that was just too quick and perfect. Also, I did feel a connection between Dane and Colin, but it felt too rushed, and I wasn't sure if they were together because they had both been raped and knew how the other felt or if they truly cared about each other. And the sex thing was far too fast for me as well... Dane kept telling Colin he wasn't ready emotionally, but a couple of weeks later he finds him and tricks him into having sex with him?! I have never been raped, so I don't know how long it takes to get over that physically or emotionally, but Colin's recovery both physically and emotionally seemed kind of quick to me.
Tweet